Doc Rivers has signed a new contract with the Los Angeles Clippers through the 2018-19 season, Clippers’ officials announced on Wednesday.

Rivers joined the Clippers before the start of last season after coaching the Boston Celtics to an NBA championship.

Rivers will continue serving as the president of basketball operations and head coach during the new contract.

In his first season as the head coach, Rivers guided the Clippers to a record of 57-25 and first place in the Pacific Division.

The new deal will reportedly pay Rivers over $10 million per year, however, that could not be verified.

Rivers still had two years left on his original deal of three years and $21 million.

Steve Ballmer, the new owner of the Clippers said it was an important day for the organization. He added that he was excited to be working with Doc and knows with him the team can build a champion delivering results on and off the basketball court.

Ballmer added that not only was Rivers one of the league’s best coaches but he continues to embody the committed, hard core and resilient character as well as winning culture the Clippers represent.

The owner concluded by saying one of his top priorities was to ensure that Doc was here for the long term as the team leader. 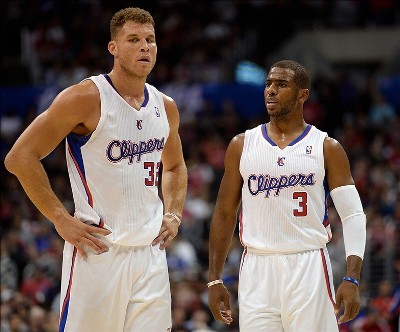 Rivers told Dick Parsons the interim CEO for the Clippers that he was thinking about leaving the organization if Donald Sterling was remaining as the owner.

Parsons, during a hearing, testified that Rivers had told him that. His testimony along with others helped pave the way for Shelly, Sterling’s wife, to sell Ballmer the team for $2 billion.

Rivers said that Ballmer has already shown a determined and clear desire to make the Los Angeles Clippers a first-class, elite and championship organization in professional sports.

He added that he is aware there is work to be done to get there, but he is motivated and thankful he has the opportunity to work with Ballmer moving forward on the goal of winning a title in the NBA.

Rivers never thought that Sterling would keep control of the Clippers after the NBA had stripped him of the team. However, he said it took on a life and went from that to what happens if the season started and Sterling was still on control.

However, Rivers did say that if he Sterling had been the owner when the season started he would have likely taken a stand and not coached the team.

In June of 2013, Rivers took the head coaching job of the Clippers and their record of 57-25 was their best in the history of the franchise and a second consecutive division title.

Last season Rivers was the vice president of basketball operations and head coach, while his new contract moves him up to President.

With a talented lineup that includes Blake Griffin and Chris Paul, the Clippers are expected to once again contend for the Western Conference title in the upcoming season.